With a length of 69 meters, these are the longest prestressed beams ever produced. 8 beams of 256 tons each were produced for the project in Wanssum, the Netherlands (bridge over the harbor).

Due to their height and weight, the beams could not be transported by road. The transport has therefore taken place by water. The first two beams were placed on a pontoon on Tuesday 2 June. On Wednesday 3 June and Thursday 4 June, the remaining 6 beams were lifted onto 2 pontoons. The pontoons are transported from the port of Haitsma Beton in Kootstertille to the port of Wanssum in 3 days by push boats.

Due to the coronavirus, the area was not open to the public. The lifting and assembly of the beams could be followed via a live stream. 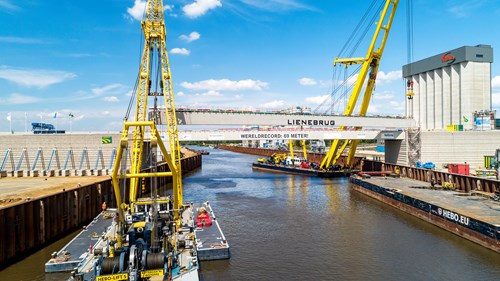 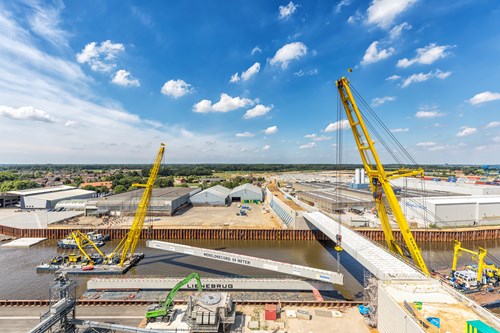 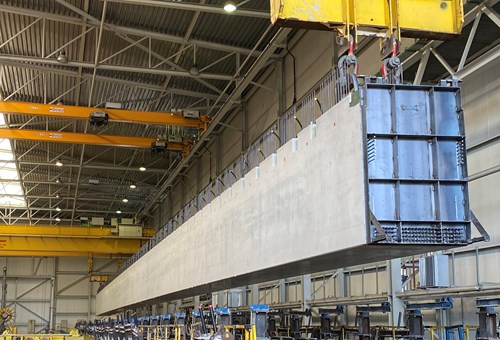 With the construction of the new ring road, through traffic will be led around the center of Wanssum and opportunities will arise for the development of the center and the marina.